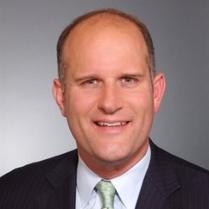 Background: Bill is a Managing Director with Citigroup's Private Bank in San Francisco. In his role as a Private Banker, he is responsible for working with individuals, families, entrepreneurs, and foundations to identify how Citi's investment, banking and wealth advisory services can deliver an integrated and customized solution on behalf of the client. Prior to joining Citi in 2007, Bill worked with Mellon's Private Wealth Management group as a Director of Sales for 21 months.

Before Mellon, Bill served over nine years as a Naval Officer and Pilot. His tours of duty included service as the Central Command/Middle East Action Officer for Navy Current Operations and Joint Plans in the Pentagon and flying the SH-60B "Seahawk" helicopter while stationed in Jacksonville, Florida. During his operational tour in Jacksonville, Bill was operationally deployed for six months or longer twice both before and after the attacks of September 11th.

Bill has a B.S. in Economics from the U.S. Naval Academy and a M.B.A. from George Washington University. He studied in Angers, France as a Cox Fund scholar following his graduation from the Naval Academy and in India as a part of his M.B.A. studies. Bill has served as a board member for the Pleasanton Cultural Arts Foundation, Campaign Chair for the Firehouse Arts Center in Pleasanton, Vice President of the Naval Academy Alumni Association (San Francisco Chapter), and member of the Guardsmen in San Francisco.

His professional memberships also include serving on the board of the Association for Corporate Growth (San Francisco Chapter) and the San Jose Chapter of Business Forums International (BFI). Bill is a graduate of the Leadership Pleasanton program and a recipient of the Jenny Doehle Leadership Pleasanton Award. Bill and his wife, Christine, reside in Pleasanton with their two sons, Lucas and Samuel.